More and more people are uncontrollably leaning towards an increase in their drinking habits while facing deadly stages of alcohol poisoning. They in fact struggle with extreme dependence on alcohol each day.

Alcoholism has definitely seeped into the routine and habit of many, so much so that over the age of 18, almost all adults have consumed alcohol in America. Every one in three cases brought to the emergency rooms in critical conditions is a victim of excess consumption of alcohol.

Responsible for one out of ten deaths in working-age adults, alcoholism is no less than a fatal disease. This is because it is an abnormal addiction for over-consumption, evident through extremely dangerous stages of alcohol poisoning. 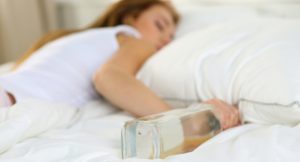 Yes. As surprising as it may sound, alcohol consumption or drinking which many people consider as fun, relaxing even inspiring can become toxic and lead to terrible stages of alcohol poisoning.

Alcohol intoxication, in fact, is a serious condition which is caused by consuming large amounts of alcohol, in one sitting or within a short time. This is known as binge-drinking.

Binge-drinking occurs in a male when he consumes 5 or more glasses in two hours. Whereas in females, the consumption of 4 glasses within two hours can cause alcohol binge.

It is all fun and games until the alcoholic starts experiencing the emergent signs and stages of alcohol poisoning. Drinking too heavily or too quickly can contribute to negative effects on the whole body. 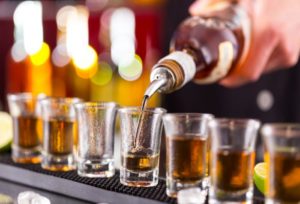 What are the symptoms of alcohol poisoning?

It is crucial to recognize the different stages of alcohol poisoning. This is because the person who will be experiencing them would not be in a state to help themselves.

While noticing the symptoms, you should not wait to count all the symptoms of alcohol poisoning. Just a couple is enough to seek medical attention.

The signs and symptoms of alcohol poisoning are inclusive of the following:

Alcohol poisoning stages can be broken up into a few phases based on the aforementioned symptoms of alcohol poisoning. These stages may differ from each individual since they are based on age, weight, sex and other factors.

In general, the following seven stages can be taken into view:

More like a state of sobriety, this occurs with the consumption of one or fewer drinks per hour. The person at this stage will exhibit normal behavior with no noticeable symptoms of alcohol poisoning.

The Blood Alcohol Content or BAC is a measurement of alcohol in one’s bloodstream. At this point, it will typically be low around 0.01-0.05 percent.

Consumption of two to three drinks (one to two drinks in case of a woman) will lead to Euphoria. This stage is marked by

Called as being “tipsy”, this stage begins with the BAC of 0.03 ranging up to 0.12 percent. It is important to consider that 0.08% BAC does not legally allow you to drive on roads in the USA.

This is the moment where an alcoholic starts feeling slight instability in emotions. Coordination difficulties will also start appearing along with:

Taking more than five drinks an hour for a man and four for a woman results in this stage of intoxication.

Extremely confused about the surroundings, the person may black out and may feel numb (with no feeling of pain) which makes them prone to injury without notice. The BAC at this level is too high ranging from 0.18% to 0.30%.

Stupor is a stage where a person is very close to being unconscious and is marked by complete instability with no control over his own body. The signs and symptoms of alcohol poisoning are seen to go up as the BAC rises up from 0.25 to 0.4%.

The person may experience uncontrollable vomiting with seizures and blue-tinged or clammy skin and the impairment of gag reflexes will be apparent which is extremely dangerous.

Similarly, a person choking on his vomit during this stage would require prompt medical attention or it would lead to the stage of coma or even death.

At this stage, the person will be facing a battle between life and death. With non-functional motor responses and slowed down breathing and blood circulation, the person is at the risk of death.

According to the Centers for Disease Control and Prevention, excessive use of alcohol leads to every one out of ten deaths in working age adults. However, this may not just be caused by too much drinking but also by drinking too quickly at once.

A person with a BAC of more than 0.45% will die suddenly and directly without even noticing the signs and symptoms of alcohol poisoning or alcohol intoxication. 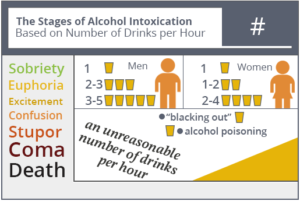 Ethyl Alcohol or ethanol is a form of alcohol. It is found in different household items, mouthwashes, beverages, perfumes, cooking ingredients and in a few medications.

Ethyl alcohol poisoning is of course caused by heavy drinking within less time period. However, alcohol does not simply come in the form of ethyl alcohol as the popular belief is.

Isopropyl alcohol is another form which is found in lotions and other cleaning products.

Similarly, methanol (ethylene glycol), an ingredient in paints, solvents, and antifreeze can also cause intoxication.

This is why it is important to seek immediate medical attention if the person is experiencing any stages of alcohol poisoning from any form of alcohol. 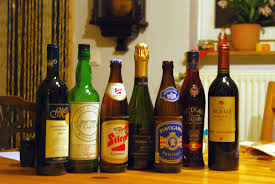 How does alcohol poisoning happen?

Alcohol is quickly absorbed by the body once it is consumed. Surprisingly, its capability of being consumed by the body is faster than any other nutrient. But, the body can only take up one unit of alcohol in one hour.

Since the liver has to filter out alcohol from the blood as soon as it enters the body, binge-drinking may make it hard for the liver to do its job.

Even after the person has stopped the drinking, the intestines and stomach continue to release alcohol into the bloodstream. This is another thing that a lot of people are unaware of how long does alcohol stay in your blood. As a result, Blood alcohol content keep rising dangerously with the passage of time.

Hence, the difficulty in processing the excess alcohol may lead to the symptoms of alcohol poisoning almost immediately. 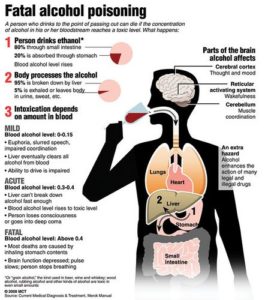 Who is more prone to the risks?

Although anyone can experience the stages of alcohol poisoning, a few may be more at the risk of being intoxicated. 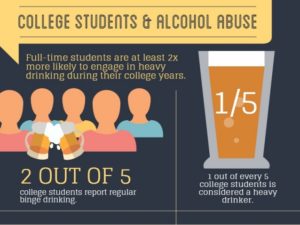 Based on this, the factors affecting alcohol poisoning stages can include:

How to help someone experiencing alcohol poisoning?

If you feel like someone is experiencing the above-mentioned any of the alcohol poisoning stages, do not wait to call and/or rush to your nearest doctor. Meanwhile, you can help the sufferer by taking the following few steps on your own as advised by professionals:

What NOT to do in such a situation?

Seeing someone’s condition being deteriorated in front of you can cause huge anxiety. However, it is the most critical time for you to stay alert about that person’s condition. These are some of the things you should NOT attempt to do:

How You Can Avoid Alcohol Poisoning?

Anyone can be inclined to binge-drinking in a state of excitement. This may easily lead to alcohol toxicity.  Cutting off alcohol from your life is the best way to avoid alcohol poisoning. Or at least limit and watch over your alcohol consumption. This is because a lot of people are unaware about how negatively does alcohol effect our brain.

A few steps you can take to avoid overdose are:

Do not take medicines before taking alcohol. Drug interaction with alcohol can be life-threatening. 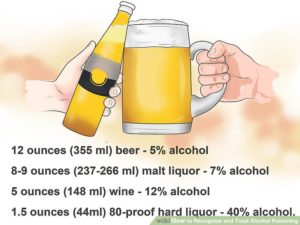 It is now your responsibility to reflect on the harms, the signs, and stages of alcohol poisoning. Once someone has been treated at the hospital after undergoing alcohol intoxication, rehabilitation centers can be of great help. The addict should not shy away from seeking counseling, help, and support from his acquaintances. And it is your duty to not leave the addict helpless during this crucial time.

In this regard, you should get the help you or your loved ones need by calling us (844) 207-7757. We are available on the line 24/7, just to guide you through the painful yet worthy process of getting rid of the addiction.

The disaster alcohol brings into your life outweighs the momentary fun. Therefore, it is necessary that you take into consideration all the possible risks associated with alcoholism before trying to indulge in binge-drinking.