According to researches, 16.6 million Americans in 2013 had an Alcohol Use Disorder (AUD). Every one in 3 cases brought to emergency room is related to the consumption of alcohol as reported by International Business Times.

Alcohol is deeply ingrained into the social fabric of American culture. Even more than drinking, the alcohol withdrawal timeline of symptoms is uncomfortable to look at. They are indeed painful experiences to go through, physically and psychologically. 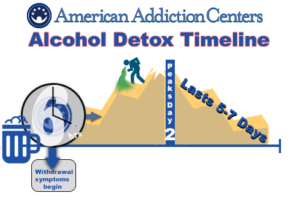 According to researches, 16.6 million Americans in 2013 had an Alcohol Use Disorder (AUD). Every one in 3 cases brought to emergency room is related to the consumption of alcohol as reported by International Business Times. Moreover, the Centers for Disease Control and Prevention published that excess alcoholism was responsible for every 1 out of 10 deaths in working age adults.

According to researches, 16.6 million Americans in 2013 had an Alcohol Use Disorder (AUD). Every one in 3 cases brought to emergency room is related to the consumption of alcohol as reported by International Business Times. Moreover, the Centers for Disease Control and Prevention published that excess alcoholism was responsible for every 1 out of 10 deaths in working age adults.These stats are enough to stun each person about the negative consequences alcoholism bring. Despite this proven and published knowledge, alcoholics are still hesitant to give up on drinking.

This is out of sheer fear for the negative poisoning symptoms that may strike rapidly once the person tries to give up on alcohol. As untrue as it sounds, this is actually a bitter reality. For this purpose, one must also beware of the duration of alcohol stay in the body.

b) After a day or two: A peak in symptoms with severe symptoms as described above including the possibility of delirium tremens, the most painful delicate phase

c) 5 days to a week: Symptoms begin to decline in intensity

d) After a week: Psychological symptoms may continue for some weeks.

Dictionaries define withdrawal as an act of ceasing to take part in an activity. Alcohol withdrawal in this case would mean to give up on alcohol. But, it is not easy as it may appear to be. 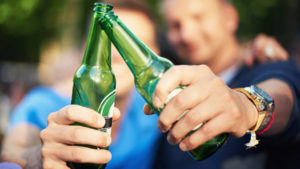 Withdrawal syndrome is often referred to as a discontinuation syndrome. It happens because of the physical dependence on some substance. Withdrawal symptoms occurs if you suddenly stop drinking or cut off dosage you are habitual of. If you are an alcoholic for example and you abruptly stop taking alcohol, you will experience several painful symptoms.Only when the drug is present in the body, will the body be able to function normally.

Alcoholics experience withdrawal symptoms due to developing a tolerance for alcohol. Tolerance refers to the notion that individuals need to take more of the drug. It may also refer to taking it more often than they did when they first started using the drug to achieve the same effects that were once achieved at lower doses.

Tolerance encourages a person to take more than the recommended dose. As a result, that person faces more health issues than a person who has not developed any tolerance.

How does it work

Alcohol once consumed, effects many organs in the body including the brain negatively. You might be surprised to know how does alcohol affect the brain. It elevates the level of two neurotransmitters in the brain, GABA and Dopamine, the pleasure hormones. 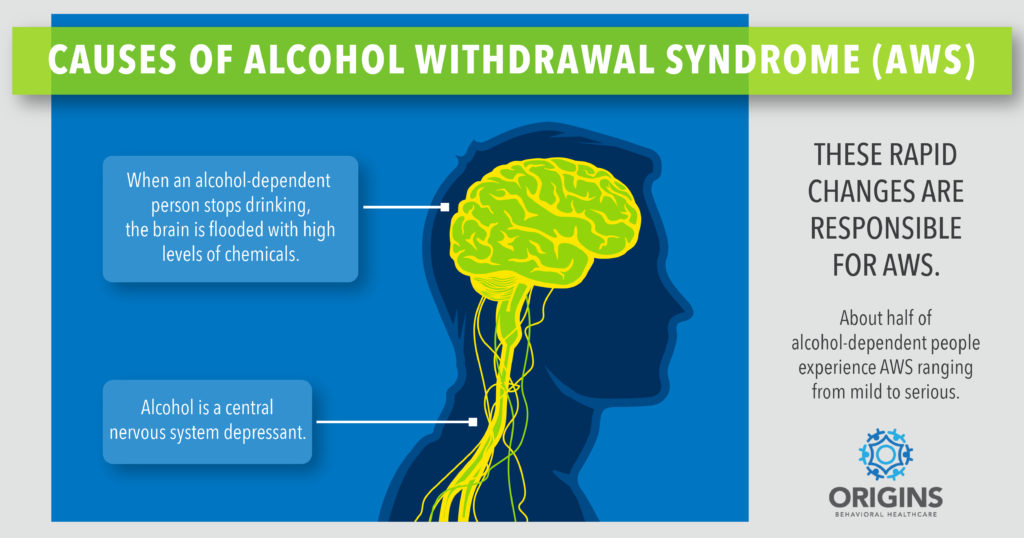 With the increase in dopamine, one feels happy, relaxed and euphoric.An alteration in GABA levels work to make the person calm. Alcohol also lowers the production of Glutamate that creates excitability.When you stop drinking abruptly, the body does not quickly respond by halting the production of these hormones.

It in fact keeps over producing Glutamate and under-producing GABA because of being habitual of alcohol’s working.This is why you become shaky, excitable and extremely anxious. Until you do not get to consume alcohol, you will continue experiencing these symptoms. 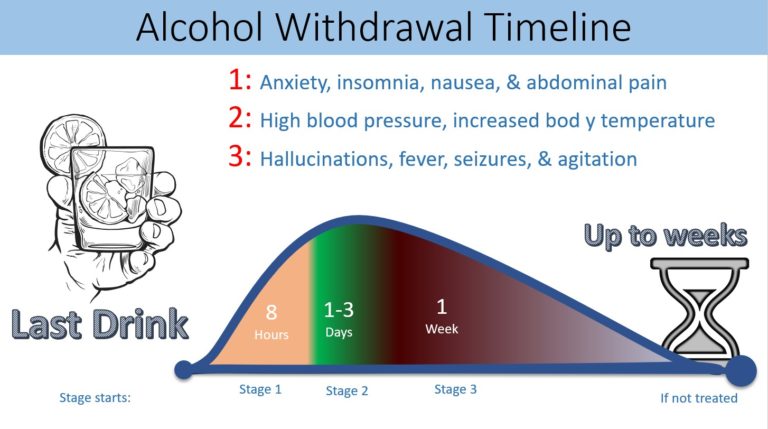 After six to twelve hours

The person would start experiencing mild symptoms during this time. They tend to begin within 6-12 hours after the last drink. These symptoms involve problems with head and behavioral changes. Because they mimic hangover symptoms, one might take them as normal. However, it is important that you pay immediate attention to them. The first signs usually include:

A) Headache:Alcohol causes dehydration. The more you drink, the more prone you are to lose body fluids. This decreases blood flow to the brain which in turn causes your head to throb and spin. After leaving alcohol, headache would begin to set in as usual. Because you have nothing to count on, you will continue experiencing head pains.

B) Increased sweating:Alcohol increases the heart rate and dilates blood vessels. Thus, it is a trigger for excessive sweating.

C) Insomnia:Normally, sleep comes after passing through three stages. This includes about to fall asleep to dream stage to deep sleep. Alcohol causes you to skip the first two stages, making you enter into deep sleep directly. It is thus a criminal for making you lose the ‘quality’ of your normal sleep.Once the effects of alcohol starts wearing off, your sleep becomes lighter. This results in insomnia and low quality sleeping. With no alcohol to consume, you will of course stay awake the whole night.

D) Nausea/Vomiting:Alcohol messes up with your internal stomach lining. As a result, the stomach acid shoots and causes nausea and vomiting.

E) Being shaky/tremors/anxiety:As already mentioned, alcohol alters the normal level of neurotransmitters in the brain. It also effects the functioning of the brain by slowing it down than normal. This causes brain to be dependent on alcohol completely. Once you stop drinking, the brain speeds up its activity of over producing the same neurotransmitters all by itself.With increased nerve cell activity, it enters the stage of hyperactivity causing minor to full body shakes. Anxiety also follows up because of excitability due to the over production of neurotransmitters.

After twelve to twenty-four hours

a) A loss in appetite:This is simple to explain. Alcoholics have an unhealthy lifestyle. Thus, they follow a bad eating pattern in which they either eat unhealthy or very less. Being habitual of this dietary routine eventually keeps them from any food in take. Once they stop drinking, they will begin experiencing a loss in appetite.

b) Extreme dehydration:An increased dehydration occurs now at this stage after 12-24 hours.

c)Hallucinations:Many people experience this as a part of the withdrawal process. Alcohol is responsible for causing vitamin deficiency. It also lowers the blood sugar level. Furthermore, an extra release in Dopamine (neurotransmitter associated with brain’s reward system) worsens this condition called Hallucinations.

a) Low blood sugar:Alcoholic items contain a lot of sugar. More worse, it alters the functionality of liver. This results in liver not releasing the glucose into the blood causing low sugar.

b) Mood swings or irritability:This is a purely psychological experience. Once you leave something you are habitual of, irritability starts kicking in. This can happen to even non alcoholics dependent on some other thing which is in their routine. Giving the body and brain some time to heal, is all what is needed at this point.

c) Seizures:A very dangerous symptom, seizures begin to set in at this stage. This happens because of dehydration and being deprived of rest and nutrients.

I) Deep sleep that may last more than a day

Each person experiences the aforementioned stages and set of symptoms differently from the other. Alcohol withdrawal timeline is highly variable and it is influenced by various factors. Some of them are: 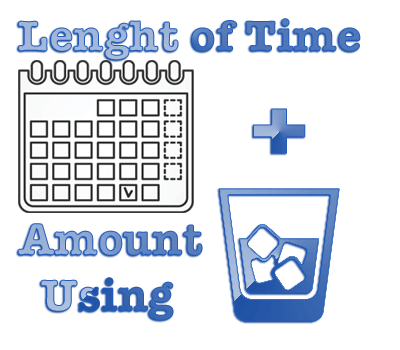 a) Average length or time of consumption

b) Amount and volume of consumption

f) Interactions with other drugs 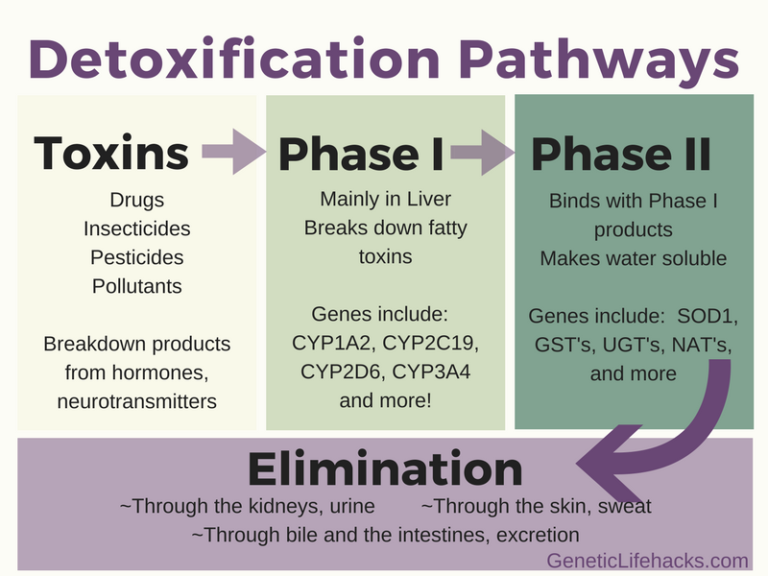 However, those who do not further proceed to any other recovery option after going through detoxification are found to continue taking drugs like before. Therefore, a next step is highly recommended as soon as one is done with this step which entails going to Rehabilitation Centers or the like.

It is also recommended not to stop drinking or manage withdrawal symptoms all by yourself. Seeking professional help is a must.

Many people are indeed hesitant to try out such options out of the fear for having to face painful symptoms. However, this should not stop you from getting the right kind of treatment for your self. Your life is worthy and precious.

There are in fact multiple support centers, groups and rehabs that can help you through this process. If you are uncomfortable, initially acquaintances and friends can be of great support too.

Taking up this challenge to fight addiction is the only way to achieve happiness, sobriety, a clear mind, healthier relationships, better diet, better sleep and tension free and productive life.In this regard, we are always available on our 24 hour contact number (844) 207-7757. Feel free to contact us for every kind of right support and proper counselling.