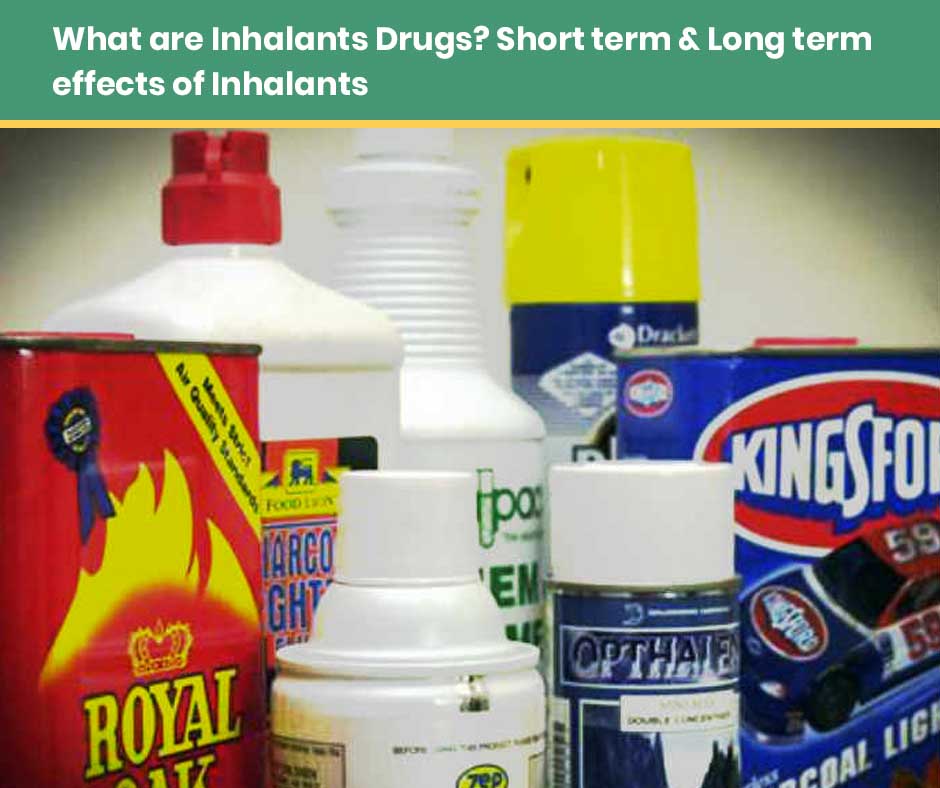 What Are Inhalants Drugs?

It is a volatile substance that produces vapors or more precisely chemical vapours which are inhaled to get a  psychoactive, or mind-altering, effect.Generally you see categories : volatile solvents, aerosols, gases, and nitrites.This inhalants are often found in household, industrial, and medical products. Let understand below short term & long term effects of inhalants.

Categories of Inhalants Which May Have Short Term & Long Term Effects:

Gas: Medical anesthetics as well as gases used in household or commercial products are included in gases.Chloroform, Halothane & Nitrous oxide (popularly known as  “laughing gas”).Most abused of these gases are Nitrous oxide .Nitrous oxide can be seen in whipped cream dispensers and in the products that boost octane levels in racing cars. Other types include refrigerants, butane lighters, propane tanks.

Nitrites:The special class of inhalants which are popular,Nitrates.Most of inhalants act directly on the central nervous system (CNS),where nitrites focus to dilate blood vessels and relax the muscles. Do you know? Most inhalants are used to alter mood while nitrites are used as sexual enhancers.Also,isobutyl (butyl) nitrite,cyclohexyl nitrite, isoamyl (amyl) nitrite are popularly named as “poppers” or “snappers.”

In the past to treat some patients for heart pain amyl nitrite was used in some diagnostic procedures and was prescribed. But now they are prohibited by the Consumer Product Safety Commission. But still in the name of video head cleaner, room odorizer, leather cleaner or liquid aroma one can get it in small bottles.

Older adolescents and adults are mostly seen abusing nitrates. Mostly, individuals who abuse nitrites look for enhancing sexual function & pleasure.As per Research abuse of these drugs in this context has resulted in unsafe
sexual practices which greatly increase the risk of contracting and spreading diseases such as HIV/AIDS and hepatitis.

Observations from Animal research help us understand that there may also be a link between abuse of nitrites and the development of infectious diseases and tumors.Research also indicates that inhaling nitrites results damages of many cells in the immune system and depletes mechanisms that fight infectious diseases.

Inhalants can be inhaled in the body via nose or mouth in a different ways, such as—

a) Sniffing way: or “snorting” vapor from containers;
b) Aerosols directly sprayed into the nose or mouth;
c) Bagging way: inhaling fumes from substances sprayed inside a paper bag or any through which fume can  easily generate;
d) Huffing way: from an inhalant-soaked rag stuffed in the mouth;
e) Inhaling from balloons filled with nitrous oxide.


Most of the inhalants directly act on the nervous system showing effects like mind-altering. Within some time, User starts to experience intoxication. He or she may also get similar effects which have alcohol. Let’s see the short term effects, 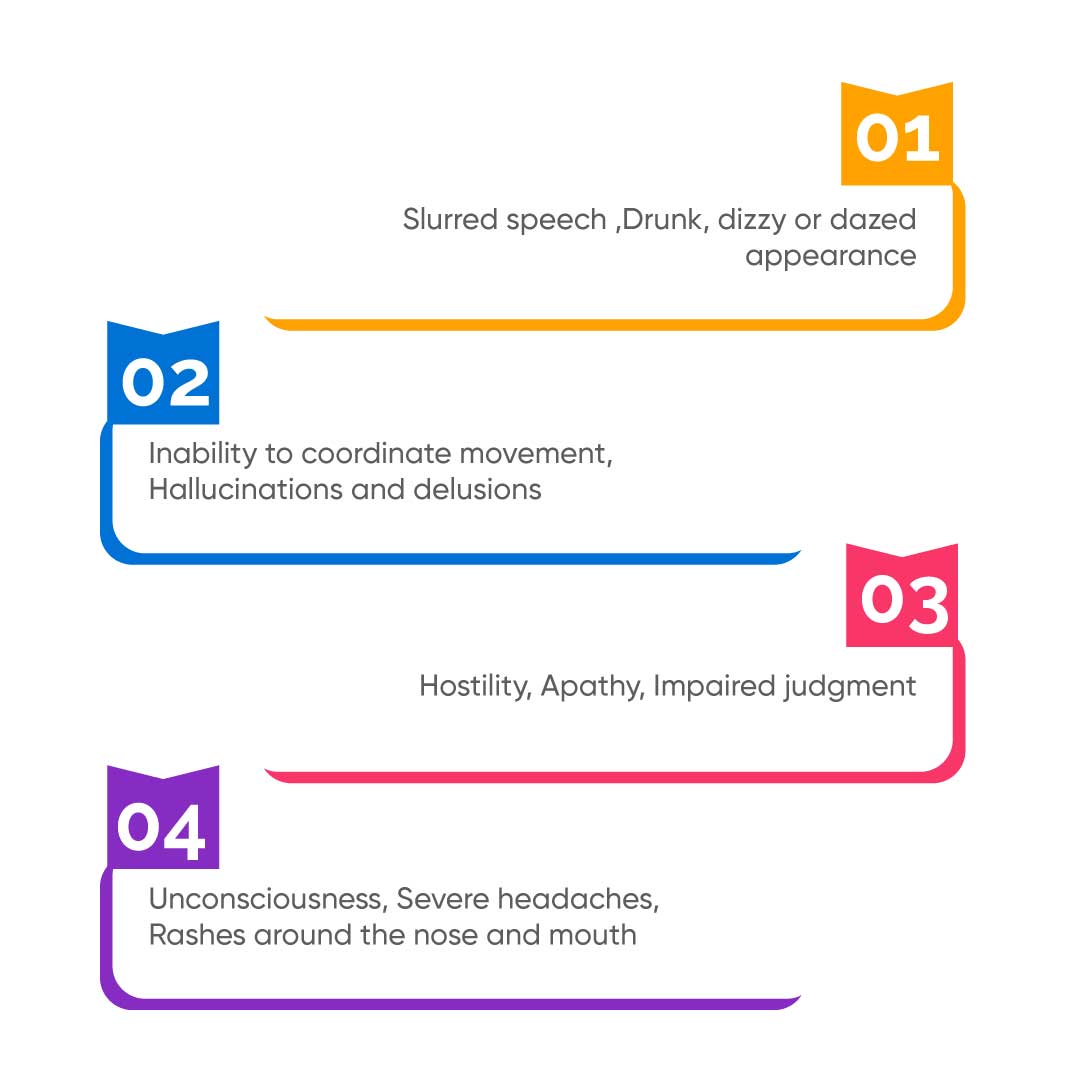 B} Drunk, dizzy or dazed appearance

J} Rashes around the nose and mouth

Due to suffocation death can happen, if oxygen is replaced in the lungs with the chemical, breathing system ceases to operate 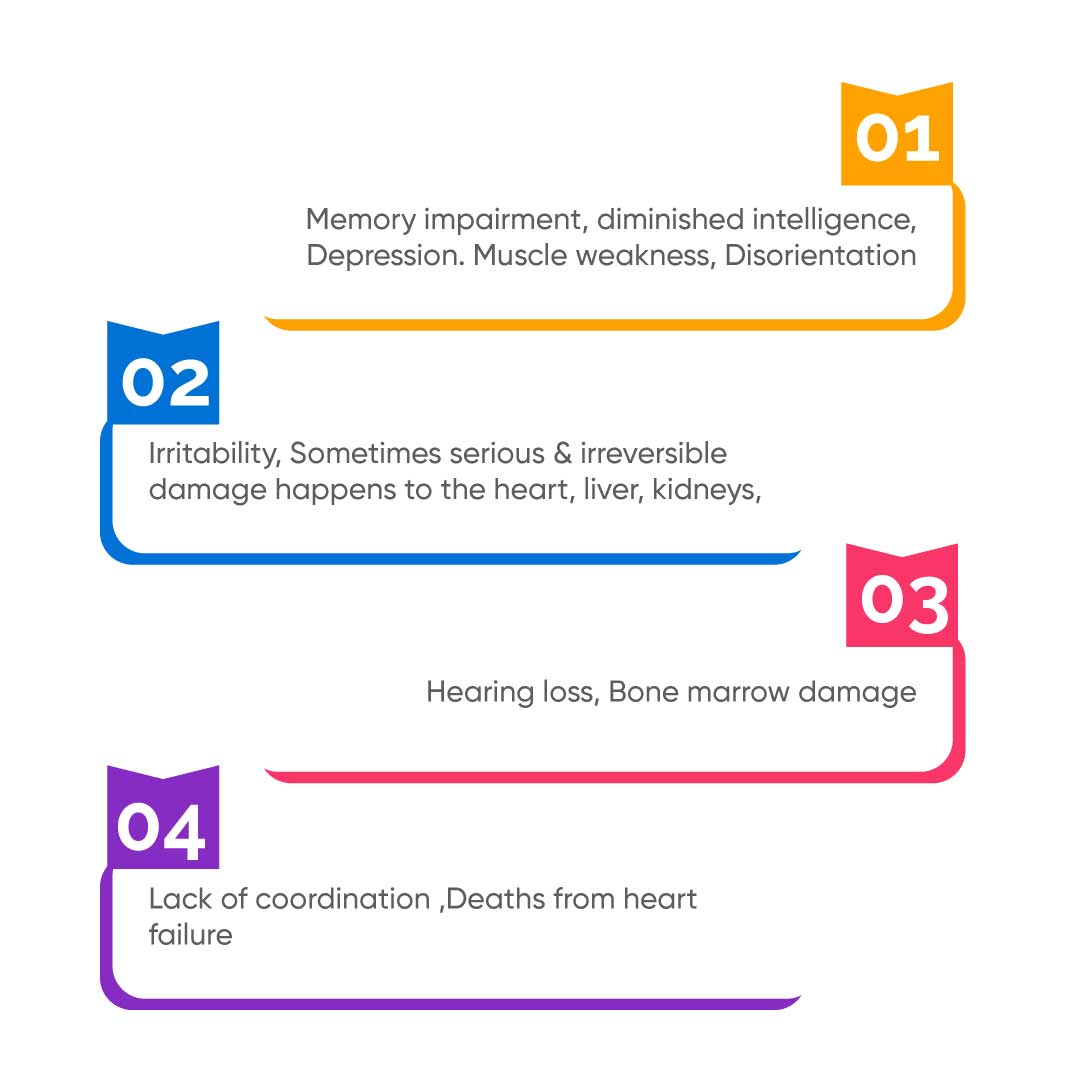 I} Lack of coordination

Generally it is hard to recognise, However,with help of some criteria which are established we can diagnose this addiction. It is like having two or more of the 11 symptoms of a substance use disorder as per the DSM. The above criteria are based on repeated use of these drugs despite known negative consequences. Individuals addicted to inhalants will continue to consume them in spite of their worsening health effects.

Intervention for an Inhalant Addiction:

Motivation  is a key, Without it, people addicted to inhalants tend to refuse treatment. Making an intervention is a good way to stop someone from being addicted . If you observed that your loved one is refusing or denying their problem when approached, you should contact a professional for help or rehab center  to avoid long term effects of inhalants.

Symptoms of inhalant withdrawal include:

Now you understand short term & long term effects of inhalants.Inhalant addiction treatment generally includes attending an inpatient rehab center , outpatient rehab, 12-step programs and therapy. It is very important to have an assessment of substance abuse by an addiction professional in a rehab  center to find out the right treatment process for an addicted individual.

It is observed that Some individuals experience symptoms of withdrawal when they stop consuming inhalants. Generally the type and severity of the symptoms are determined by a number of factors such as from how long the individual is addicted, the severeness of the addiction, whether multiple substances were abused, his/her mental health history. For such addictive people, inpatient rehabs &  medically guided detox offer the best hopes of a successful recovery.

Now you understand the short term & long term effects of inhalants & If you or a loved one are inhalant addicted  and looking for the right treatment center, Contact a treatment consultant now, so we can help you find the treatment you need.

We have compiled a list of treatment centers where you can enquire or call us (888 820-7985) for any assistance.