Reasons Why Teenagers Experiment With Drugs 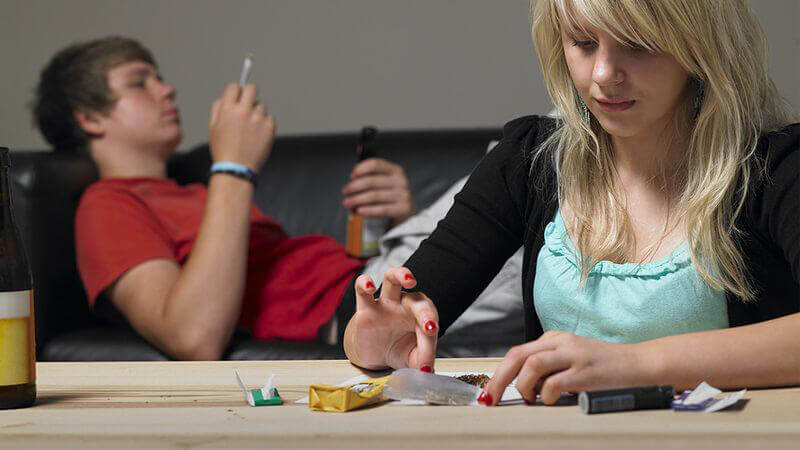 Reasons Why Teenagers Experiment With Drugs

Adolescence is a transitional stage of physical and psychological developments and occurs during the period from puberty to adulthood. A rebellious age in terms of psychological behaviour and biological changes. An age where the child is in the process of consciously learning about themselves and the world around them. The urge to do something risky and challenging is a normal part of teen development, without knowing the consequences of it.

Among these, the urge to use drugs is marked as one of the biggest and statistically increasing problems among teenagers.

Many teens abuse drugs with a fear of not being accepted in the social or peer circle. “Since others are doing it and I am not and hence I won’t have any friends makes them go to such extremes.

Depression social anxiety, stress-related disorders and physical pain are some common symptoms observed during adolescence. Due to hormonal changes, post-traumatic disorders are very commonly seen. Using drugs may be an attempt to lessen these feelings of distress. Absurd drugs interact with the neurochemistry of the brain to produce feelings of pleasure. These teens think of drugs as an escape from reality as reality for them appears a little harsh to take in.

Adolescence is also marked as an age of sexual anxieties, and this is the time when girls and boys undergo hormonal changes and as a result grow faster, feel ugly and attraction towards the opposite sex. Due to this, young females often turn to drugs like cocaine and opium for losing weight quickly and also attracting the attention of their male interests.

In teenage, low self esteem due to physical appearance or lack of friends or uncontrollable sexual desires, parental and peer pressure, high expectancy, bullies work as a stimulus that leads to loss of confidence on oneself, in situations like these teenagers either commit suicide or turn their ways to drugs and alcohol in order to escape.

With age teenagers usually tend to become more and more rebellious and wish to try new things with the motto “now or never”. “If we don’t do it now we would regret not doing it when we grow up.” And just with the aim of simply “just trying” everything only once they end up becoming drug addicts.

In order to save our young, coming generation it is essential for us to spread awareness among teenagers about harms of drugs and alcohol. Schools can conduct seminars in order to talk about the topic and at the same time parents can try to reduce the generation gap between them and their kids by becoming their friends and discussing such matters with their growing kids and to make them aware of the risk of drugs, so that the world moves forward to a drug free bright future.