Things You Should Know About Alcohol Addiction And Abuse


Home / Things You Should Know About Alcohol Addiction And Abuse

Things You Should Know About Alcohol Addiction And Abuse

Alcohol controls substance that lowers anxiety and inhibitions. It has a broad range of side effects, from loss of coordination to slurred speech.

Things You Should Know About Alcohol Addiction

Alcohol controls substance that lowers anxiety and inhibitions. It has a broad range of side effects, from loss of coordination to slurred speech. However it is not applicable to everyone who drinks is an alcoholic, but anyone whose life is negatively affected by alcohol on a consistent basis is considered to have an alcohol use disorder. 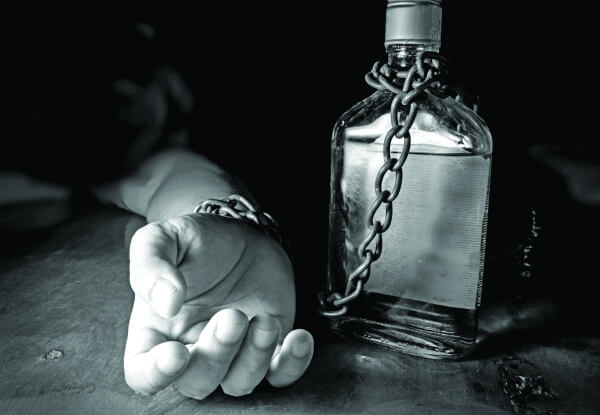 Alcohol is commonly consumed as a drink in various forms, including beer, wine and hard liquor. Let’s quickly check multiple types of alcohol addiction and its abuse.

Know About Beer Addiction And Abuse

Beer is a ubiquitous drink in American culture yet it affects a lot on the human brain and body, and also pose the same necessary risks for abuse and addiction. It is an alcoholic drink made from water, barley, hops and yeast.

In a comparison of wine or hard liquor, beer usually has the lowest alcohol content by volume (ABV). Beer’s ABV ranges from about 2 to 12%, with the most commonly consumed beers (Budweiser, Coors Light, Miller Lite, Corona, Busch, etc.) falling in the 4 to 6% range.

Even people who drink during social activities or only drink craft beer are susceptible to an alcohol use disorder. Get help for a beer addiction now.

Know About Wine Addiction And Abuse

Many Wines are made from fermented grapes or other fruits, such as pomegranates or berries. They are most commonly sold as white or red with a variety of flavour profiles. Chardonnay, pinot grigio, riesling and moscato are types of white wines while merlot, cabernet, pinot noir and zinfandel are famous red wines. These varieties are based on grape type.

The wine has a more concentrated amount of alcohol compared to beer. An average pour of wine (5 oz.) is equivalent in alcohol content to 12 oz. of beer. 59% of women like to drink wine in the United States. However, either gender can develop a problem with wine. If you or the one you care about has been drinking wine more frequently than intended or using it to combat anxious or depressive feelings, there may be a broader issue at play. Get help for a wine addiction immediately.

Know About Liquor Addiction And Abuse

Tequila, vodka, gin, rum and whiskey are the most popular and demanded types of liquor. The Liquor is an umbrella term for hard alcoholic drinks or spirits. It has a much higher ABV than beer or wine and it’s often mixed with other beverages like sodas, juices or water. The average size of a liquor pour is 1.5 oz. When not mixed into drinks, liquor is consumed as a shot or “neat.

Carbonation speeds up the absorption of alcohol into the bloodstream, so drinking liquor mixed with a soda can cause quicker intoxication. The lower liquid content of shots makes them easier to consume, leading to a higher risk of abuse and subsequent drunkenness.

People who have severe alcohol use disorder may feel that they can’t start their day without a swig of vodka, or finish it without a glass of whiskey on the rocks. If you are having such kind of symptoms visit your nearest rehab center now.

What Are The Immediate Effects Of Alcohol

a) Alcohol is a central nervous system (CNS) depressant, so it slows down mental and body processes.

b) With the first drink of alcohol, users may experience a decrease in feelings of anxiety or stress.

It is commonly touted as a social lubricant, meaning drinkers are more likely to feel confident in meeting new people and less concerned with how others perceive them.

The alcohol is legal and widely accepted in American society; it can be hard to tell the difference between casual use and abuse. Usually, any usage of drinking that results in negative consequences is considered abuse. Some of the adverse effects of alcohol use include:Physical harm or illness, Strained relationships, Problems at work, study or even at home, Financial difficulty

When abuse becomes more frequent, it can escalate into an addiction. Too much alcohol may cause many problems; if you feel your loved one is having too many drinks visit your nearest rehab center.