How long does cocaine stay in your urine


Home / Treatment Choices / How long does cocaine stay in your urine

How long does cocaine stay in your urine

It all begins with a seemingly mild offer. One minute you are standing, thinking to try this white powdery substance offered by someone and the next moment you have snorted it. Taking it in either by snorting, inhaling or being injected by it takes you to cloud nine. This makes you wonder about its magic properties to throw you into another world.

But then you are concerned suddenly about how long does cocaine stay in your urine system? Is it going to be detected in the medical test you are to take for your college admission tomorrow? or are you going to be safe?

Yes, cocaine comes with all the worries after giving you a temporary feeling of joy. But what exactly is cocaine? And how long does cocaine stay in your urine and inside your body? 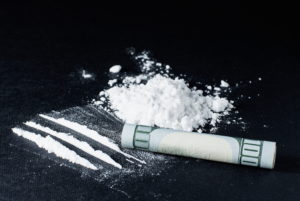 So how long does cocaine stay in your urine?

If someone has consumed cocaine only once, it will remain in the urine from 3 to 5 hours. It may also be detected up to 3 days after being taken. For those who occasionally take cocaine, it may be detectable and stay inside for 3 to 7 days. However, habitual or heavy cocaine intakes result in it being present in the urine system for up to two weeks or 14 days even.

As to answer how long does cocaine stay in your urine or system in detail,one should have a clear understanding of this drug or substance first.

Cocaine is a central nervous system stimulant which is fast acting and produces the effects of Euphoria. Previously it was used in medical fields, acting as anesthesia and for vasoconstriction. But now it is considered an illicit drug. This was because its addiction potential was higher and outweighed the benefits of its therapeutic quality.

However, anesthetizing mucous membranes of the laryngeal, oral and nasal cavities still, require cocaine use. 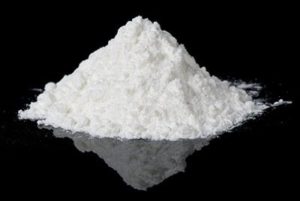 How does it work?

Upon taking cocaine, a flood of the neurotransmitter dopamine is triggered into the brain. Dopamine is also called a pleasure hormone. Dopamine production normally halts and gets recycled when it is released. But in the case of cocaine intake, it stays in the brain for some time. This produces a rush of happiness or Euphoria. 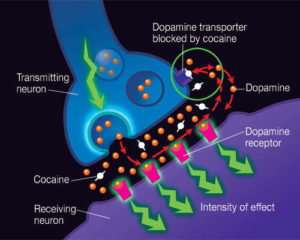 The Effects of Cocaine

Although the effects after taking cocaine are very short-lived lasting from 15 minutes up to an hour, but they are also intense. Just like meth, marijuana and other drugs, it gives a temporary stage of being high. This means that one can keep taking cocaine over and over again to stay high during a short period of time.

Right after taking cocaine, one would immediately feel euphoric, alert and high. This increase in energy gives them momentary motivation and boosts their confidence. They may also feel extreme oversensitivity to stimuli.

However, not everyone has a tolerance level the same as the other. Thus, cocaine does not always produce favorable effects for all.

It is also important to note that joy or euphoria is only temporary. Staying happy for short intervals requires a continuous intake of cocaine which can, of course, be harmful.

In some people, cocaine produces reverse effects and may make them more aggressive and violent. Other effects include:

High doses of cocaine may result in mental instability or psychosis. Mental illnesses because of cocaine is inclusive of depression. In some cases, schizophrenia may also occur.

Often, cocaine that is sold on the streets is mixed with other substances. This can cause more and more symptoms of other prevailing illnesses as well.

The detection time for cocaine in other systems

The detection window for cocaine varies and works with each system differently. While urinary system shows the detection time from 3-14 days on average, blood may contain cocaine for up to 24 hours only. In saliva, it can stay for 10 days.

The maximum length of time cocaine can be detected for, is 90 days or 3 months. This is only possible through testing the hair follicle of the cocaine consumer.

What are cocaine screening tests?

This is an alternative term for a cocaine drug test.  A cocaine screening test can easily detect whether the person has been consuming cocaine or not. This is usually done by taking a urine, saliva or blood sample. A hair follicle test also brightens up the chances of cocaine detection more accurately.

Usually, a doctor conducts cocaine drug test in his office or in a clinical setting. If your workplace requires conducting such a test, you might want to take it. If you are suspected of being under the influence of drugs while you are arrested for driving wrongly, the police might want to check your cocaine intake.

Insurance policy also sometimes require drug testing. Furthermore, cocaine screening can be done if  during an emergency, the healthcare provider suspects the influence of drugs on a patient.

The persistent presence of any of the given drug in the body is measured by its plasma “half-life”. Plasma or half life can be defined as the amount of time taken for the concentration of the drug in the blood to be reduced by half.

Cocaine’s plasma and urine elimination half-lives can be estimated as:

Consumption of cocaine through injecting, smoking or snorting makes it travel down to the liver for processing. The liver breaks up or processes cocaine into different metabolites. Two of them that are usually detected are benzoylecgonine and ecgonine methyl ester.

When the urine sample is sent off to the laboratory for testing, the technician would not actually test for the cocaine but rather its metabolites. The reason for this is that cocaine is metabolized much rapidly that it skips detection. Whereas, the by products or the metabolites of cocaine remain longer enough to be detectable. This is because cocaine’s metabolites have a longer half life which ranges from 14.6-52.4 hours. 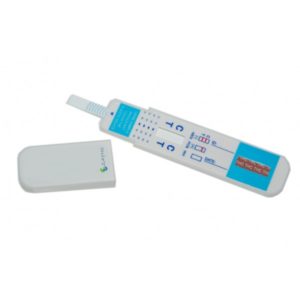 Factors affecting how long does cocaine stay in your urine

A few other factors that affect how long does cocaine stay in your urine include:

Are there any ways to get rid of cocaine addiction?

Once you have taken an in depth look of the adverse effects the temporary pleasure gives, you might want to give it up. In this case, rehabilitation centers can be an excellent source to seek professional help from. If you do not feel comfortable, you might ask for support from your loved ones.

Reading up on blogs and posts like ours can also motivate you to give up on this negative addiction. As the name suggests, we try our best to counsel addicts and help them fight addiction. 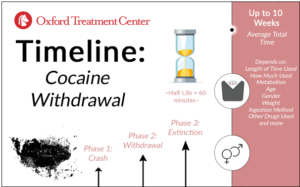 According to the National Survey on Drug Use and Health, in 2014 in the United States of America, more than 900,000 people met the criteria to be termed as cocaine addicts. This is a wake up call for all of us.

We recommend that being a cocaine addict, you should not cheat the detection test any way. Many people try ways to flush out cocaine before the test. You must be honest to face it if you do not pass the test. You must also be determined enough to find support and look for various ways that aid you in overcoming addiction.

We at Fight Addiction  are there to provide you the right support you are looking for. Contact us at (844) 207-7757 to reach our ever supporting team in order to make you get rid of this addiction. Let’s make this world a better place to live in by giving up on cocaine addiction.