Home / Treatment Choices / How Long Does Hydrocodone Stay in Your System

Hydrocodone is the most commonly prescribed opioids and also one of the most widely abused opiate drugs in the USA, as per the statement of Drug Enforcement Administration (DEA).

Hydrocodone is the most commonly prescribed opioids and also one of the most widely abused opiate drugs in the USA, as per the statement of Drug Enforcement Administration (DEA). The drug has produced more cases of overdose, abuse, and fatalities than any other prescription pain reliever. 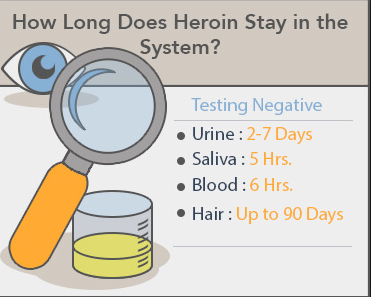 Yes, it is true, Hydrocodone is a pain relieving substance. It is prescribed to individuals dealing with severe pain issues when no other treatment is found to relieving and require medication 24 hours a day. The drug is not only a common prescription drug for pain but also for cough suppression.It is a potent opioid drug.

Thus, it is essential to know how long does hydrocodone stay in your system. Knowing how long it affects your body and how long it takes to eliminate, can help avoid dangers of overdose, interactions and the risk of many possible side effects.

Hydrocodone is a derivative of codeine, which is a natural alkaloid coming from the resin of poppy seeds. As it enters the body, it binds and activate the opiate receptors and block the feelings of pain. Hydrocodone works by altering the way the nervous system respond to pain. Hydrocodone is available alone and in combination with other drugs such as Vicodin, Lorcet, and Norco. These combine hydrocodone with over the counter painkiller substance acetaminophen or others like ibuprofen, antihistamines or aspirin. You can read more about the classification of drugs and opioids here.

Use of hydrocodone can lead to many common and serious side effects including both physical and psychological. Therefore, if your loved one is suffering from hydrocodone addiction, you must know answers to questions like what is the hydrocodone, how does it affect a person. And most important questions like how long does it last in your system, blood, hair or urine and what are its effects.

Staying effects of Hydrocodone in a person’s system depend on many factors and varies for person to person. The drug takes different lengths of time to break down and eliminate from your system. Detection of hydrocodone’s existence in your system also depends on the type of test. Testing urine is the most common method to measure the amount of any drug in a person’s system. However, hydrocodone is also detectable in your blood, hair and even saliva with their different timelines.

How Long Does Hydrocodone Stay in Blood: The length of time, hydrocodone stays in someone’s blood can be detected by a simple blood test. The drug remains detectable in the blood for up to 24 hours after its last use. However, it also depends on the potency of the specific drug taken.

How Long Does Hydrocodone Stay in Urine: The detection period of Hydrocodone in urine is for two to four days after the last use. However, urine screening is effective in determining short-term drug use and less effective at determining long-term drug use. The urinalysis detects opioids metabolites that the drug produces. They remain in the system longer than the drug itself. Therefore, the urine test can be positive for up to two to four days.

How Long Does Hydrocodone Stay in Saliva: Saliva testing is not common but it is one of the fastest ways to detect the use and percentage of hydrocodone in a person’s system. Hydrocodone leaves the body quicker than the other opioids such as heroin. Thus, it provides a detection period of 12 to 38 hours after the last use. Saliva testing typically is considered better than urinalysis for detecting drugs taken within the past three days. However, use of other drugs can easily corrupt saliva tests.

How Long Does Hydrocodone Stay in Your Hair:Hair follicle testing provides the longest window to detect hydrocodone remains. The drug remains detectable up to 90 days after its last use. It means that metabolites of hydrocodone stay longer in hair than other parts of the body. Due to this lengthy detection window, hair testing proves to be an effective method for identifying long-term use of hydrocodone.

Factors Affecting How Long does Hydrocodone Stay in Your System

As discussed before, the lasting effects of hydrocodone or any other drug depend upon many factors apart from the drug’s potential staying power. The way an individual takes the drug also determines the speed of action and the potential wear off time.

Crushing the drug into fine powder and snorting, smoking or injecting will quickly send the substance into the bloodstream than swallowing the whole tablets or capsules. It will consequently begin a quicker onset of action. These are the ways adopted by drug addicts and can potentially increase a person’s tolerance for the drug faster. When tolerance develops, more dosage will be required to keep feeling the drug’s effects or to avoid withdrawal symptoms. You can find here more on drugs withdrawal symptoms.

1) Age is a big influencing point as it directly affects the bodily function, metabolism, and organs. The younger the person, the faster the chances of eliminating the toxins from the body.

2) Genetical makeup is also a major point as it also influences many bodily functions.

3) Kidney and liver are key processing organs to eliminate any toxin from the system. If any of the two does not function properly, the drug will stay longer in the body.

4) Metabolism state is vital as faster metabolism will break down and clear the drug from the system efficiently.

5) The dose and frequency of using the drug are perhaps the most important factor. If a person has been taking the drug for a long time or frequently or in big amounts, it will take much longer to clear the system of the drug.

6) Use of other substances such as alcohol. Alcohol increases the effects of hydrocodone making it longer to clear the drug from the body.

Hydrocodone is a widely used narcotic drug as it has the ability to reduce the awareness of pain and produce a sense of comfort. However, it is the most widely abused substance as well. It affects the area of the brain linked with reward and pleasure and creates feelings of lightness to relieve pain or the state of being ‘High’ for addicts. There are many common and damaging effects as when the drug is misused, it damages health and can be fatal in severe conditions.

some of the major effects of hydrocode use include:

A) Feelings of elation (euphoria)

B) Enhanced sense of well being.

H) Dependence due to prolonged use

After the repeated and long use of hydrocodone, the body usually develops a psychological and physical need for the substance. Therefore, with sudden discontinuation of use, withdrawal symptoms are likely to occur. Thus, it is adviced not to leave the use of hydrocodone without the proper medical guidance as it can yield damaging effects. Read here for more on ways to achieve sobriety.

As discussed before, there are many factors that affect the lasting power of hydrocodone but how long do its effects last is an entirely different question. A drug can last in a person’s system for longer without showing any major effects. It is due to the potency and half-life of the product. Thus, half-half varies from person to person. Generic hydrocodone has a short half-life ranging from 1.25 hours to three which is the length of time the drug stays concentrated and starts to eliminate from the system afterward. However, there are stronger options available with the half-life of about 4.5 hours. The half-life of 4.5 hours means that it stops being effective at this point in time and start to leave the system.

The effects of 5 to 10 mg of hydrocodone generally start around an hour after ingestion with prime effects occurring after about two hours. The effects can last from four to six hours. However, the effects of extended-release version tablets last longer than the immediate-release tablets. For example, Zohydro ER is an extended-release tablet version which controls pain around 12 hours. One major thing to consider is the that drugs with a shorter half-life generally have a greater potential of addiction than drugs with a longer half-life.

Another point is the metabolism system as every individual metabolizes the drug differently. It takes many half-lives to completely clear the system. Many people successfully clear hydrocodone from blood within a single day but it still remains detectable in urine and hair for many days.